We are Endorsed by Great People
;

Listen to What Our Clients & Associates Say About Us

I have done several mediations with Dave over the past 20 years on both large, complex cases and small, simple ones. I keep coming back to him because he is better than anyone I know at getting to the heart of what is really driving the dispute, discovering what the parties actually need from a settlement, and helping them find a creative solution. He is able to do this in a congenial and non-threatening way, while at the same time being firm with parties who are being unrealistic about their position or unreasonable in the negotiation. This enables him to build trust, a good rapport, and a cooperative working relationship with the parties very quickly. And the harder the problem, the more engaged he is in trying to solve it. I recommend Dave to anyone who needs an experienced and effective mediator.

I have been involved in a number of complex regulatory and surface rights disputes where David Gould has served as mediator and his approach has been instrumental in achieving timely and comprehensive resolutions.  He has a broad range of knowledge and experience which, coupled with his professionalism and amicable disposition, help foster reasonable dialogue and ultimately compromise that is acceptable to the parties.  I have no hesitation in recommending Mr. Gould for mediations of energy regulatory and surface rights disputes.

We engaged Dave Gould to conduct a mediation for a complex contractual dispute. At the mediation session, he created a comfortable, calm atmosphere that lowered the temperature in the room and was able to engage the parties in a productive process to advance the matter towards settlement. It is apparent that Mr. Gould is a mediator who has thought deeply about the benefits of using mediation in dispute resolution. Among other things, he was able to orient the parties towards creating a complex or “out of the box” outcome which would not be possible if the parties proceeded to a hearing.  I would recommend Mr. Gould as a mediator and would engage his services again.

I have known David Gould for over 35 years and have been fortunate to have the opportunity to engage him as a mediator on several complex matters. He was masterful in the manner in which he approached and conducted the mediation. His engagement of the personalities and the issues and his interest-based approach were perfectly in tune with the situations presented and led to a successful resolution of complicated and contentious disputes. He has earned my highest recommendation.

We engaged Mr. Gould on short notice in relation to a complex environmental matter involving multiple parties.  It was evident that Mr. Gould was able to get up to speed on the issue and the parties’ positions in a timely and efficient manner.  At the mediation session Mr. Gould was able to effectively manage the parties and their varied interests in order to progress the matter towards settlement.  Mr. Gould’s experience is apparent in both the manner in which he manages the parties, but also his relaxed and calm demeanor in the room.  I would not hesitate to recommend Mr. Gould in his role as a mediator.

David comes highly regarded within the legal community and is well known with his ability to effectively resolve complex multi-party disputes. Through my role at Bonavista Energy Corporation I had the opportunity to work with David in a dispute resolution. It was through this experience that I was able to engage in a mediation process, facilitated by David, which involved a multifaceted dispute with several stakeholders. David was able to work with all parties in understanding options and creating possible solutions for conflict resolution. Based on this experience I can confidently recommend David.

We had an internal conference call where it became clear that our group, by any objective measure, had achieved superior results to all the other working groups.  We were the only group to meet the process goals in two meetings and, unlike several other groups, we had full discussions but did not deviate from the mandate or indulge in pointless and expensive investigations of tangential issues. You were quite right to give the committee members full credit for working together on such a complex and at times controversial topic. I was also impressed with the quality of participants, as well as Derek and Rateb’s work.  But I also want to commend you for the excellent work you have done with this group. In particular, your skill in letting participants fully express themselves while still keeping the overall process moving forward was remarkable. Having just come from vacation, it reminds me of landing a big fish…..sometimes you must let him run, and other times you can reel him in aggressively.

I have been involved in many mediations of civil disputes conducted by David Gould.  I have found him to be a very effective mediator.  He engages with all participants in a pleasant and personal manner and pierces into the heart of the issues at hand.  I recommend Dave as a mediator for any type of civil dispute.

I have used David Gould as a mediation specialist on several complex and highly contested matters.  His approach to the process, with a particular emphasis on the pre-mediation engagement, created an environment where the matters were capable of being resolved.  I will use his services again and recommend anyone to engage Mr. Gould in a dialogue on mediation.

David comes highly regarded within the legal community and is well known with his ability to effectively resolve complex multi-party disputes. David was able to work with all parties in understanding options and creating possible solutions for conflict resolution. Based on this experience I can confidently recommend David. 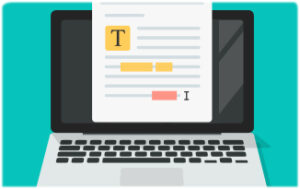 Our blog is rich with valuable information accumulated through decades of experience.

From Conflict Resolution to Negotiation Tactics and Mediation Solutions, you will find a wealth of information here. 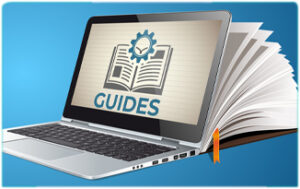 GUIDES TO PREPARE
FOR MEDIATION OR NEGOTIATION

Whether it’s preparing your client for mediation or difficult negotiations, let us help to guide you along the way. These comprehensive guides help you prepare and manage expectations for a positive outcome. 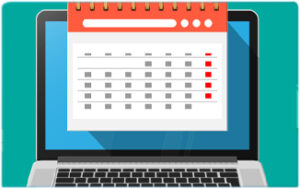 Please use our interactive online calendar to book a session with us. We will follow up with a confirmation to ensure optimized efficiency.